Mr Yick Chong Louie passed away peacefully on 29th May 2022 at the Lucy Chieng Aged Care Centre. We would like to share our fond and warm memories of Mr Yick Chong Louie. Indeed, those of us who knew Mr Louie was privileged to have known such a great and compassionate leader in the Chinese community.

Mr Louie was a humble, determined and dynamic man. He had the vision and ability to make things happen. He always spoke with wisdom and shared stories of how some of the Chinese leaders had worked selflessly to build up the Chinese community in the White Australian Policy era. He always reminded us of the importance of solidarity, selflessness and a big heart for those in need.

To share with you about Mr Louie’s tremendous contributions to ANHF, we would have to start with also sharing the history of the Australian Nursing Home Foundation…

In 1977, a group of dedicated leaders of the Chinese community put up a proposal to purchase a small nursing home specifically to look after elderly people of Chinese origin. In the 70s’, there were many Chinese speaking elderly living in appalling conditions in and around areas of Chinatown, NSW. Sadly, many of them did not have relatives or friends to turn to for help, especially in times of sickness and poverty. This compassionate team of leaders was concerned and could envision that this ageing population in the Chinese community would eventually encounter needs for long-term institutional care that they would otherwise not be able to get given their specific language, cultural lifestyle including habits and food which were different from the mainstream population.

Subsequently, under the leadership of Mr YC Louie, the then President of ACCA, who was joined by four other equally enthusiastic and visionary members (Dr Chen Ha Huang, the immediate past president and two other vice presidents Angeline O’ Young, Hatton Kwok as well as Keep Fong, the Founding President of ACCA), they set out to draw up their grand but challenging plan to secure the purchase of a nursing home in Strathfield. To overcome their challenge in raising financial capital, this team of five was also joined by James Gock, former Hon. Treasurer and Stephen Chiu all selflessly mortgaged their own family homes to secure a loan for the purchase of what would become the first nursing home of ANHF.

In 1980, Australian Nursing Home Foundation (ANHF) was registered in the form of a Deed of Trust under the Trust Act (NSW) 1925 and became an independent entity. The Team of five became the Founding Trustees of ANHF).
In 1983, Montrose Nursing Home, the first ethnic-specific nursing home for the Chinese Community in Australia was established with the dedication and hard work of Mr Louie and all of the other dedicated Chinese community leaders.

Started only with a 21-bed nursing home to call its own, ANHF has since achieved significant growth and expansion. Alongside the recognition and funding of the Australian Government as well as the longstanding support from the community, ANHF now operates residential and community aged care services covering all metropolitan Sydney regions. Moving forward, we now have our latest new nursing home at Gordon which will be opened in early 2023 where ANHF will continue to provide quality person-centred aged care services to the seniors. So, as we can see, Mr Louie’s vision and contributions to the Chinese community have touched our lives forever.

As many of us here would remember, Mr Louie was always the forerunner and a driving force of all fundraising activities for ANHF since its inception. Taking the benefit of his position as a shopkeeper/ manager at ‘’Hong Sang” a Chinese grocery shop on Dixon Street, Chinatown, Mr Louie built many longstanding relationships with the prominent leaders and businessmen in the Chinese community as well as people of all walks of life. With his candid and trustworthy personality, he earned a great reputation in the Chinese community and had solicited sizable donations from the Late Mr & Mrs Chow Cho Poon and Mr & Mrs Bernard Chan in establishing the Chow Cho Poon and Bernard Chan Nursing Homes. He was also instrumental in promoting ANHF to many influential leaders from mainland China and overseas Chinese communities.

Mr Louie proudly fulfilled his duties as the Trustee till 1998 and there was not one person who has not missed him or has appreciated his immeasurable contribution over the last many decades. Mr Louie and the Founding Trustees have forever changed the history, the landscape and the possibilities of Aged Care for the Chinese Community and many more decades to come in Australia. We in ANHF are and will always be his legacy.

On behalf of the ANHF Board & trustees; staff and volunteers, we wish to convey our sincere condolence to the Louie family.

For over four decades, we have been providing accommodation and community care services for elderly people from Chinese and Southeast Asian backgrounds, empowering them to enjoy their senior years in comfort and fulfilment. ANHF is proud to be such a well-established and widely respected provider of culturally appropriate and language-specific aged care services throughout Sydney. Home
About Us
Resources
Join Us
Donations
Contact Us
Staff Intranet 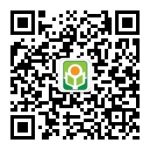